Living in TalieSIN with Frank and Mamah.

But counterpoint: I know what you, our dear, sweet acolytes of sin and scandal, are thinking.  How can your Aunt MRG, a connoisseur of (read: holder of a useless minor in) architectural history, a maven of mullions, a lover of lintels, an epicure of entablature, completely disregard the EXCEPTIONALLY SCANDALOUS life of the man who changed the face of American architecture 4ever, Mr. Frank Lincoln Lloyd Wright? How?! HOW??!?!

Welp, MRG doesn’t have an answer other than she only recently discovered that good ol’ FLW (which is ALMOST 3LW, GUYS) was REAL ADULTEROUS for a REAL LONG TIME and shit ended REAL BADLY after reading two-thirds of a shitty historical romance novel about it that her mom got for free at the end of a library book sale.

Before we get into it, I just need you to know that I wasn’t joking when I said shit ended badly. This might be the saddest, most emotionally confusing story we’ve ever done or will ever do. Go grab some tissues and cake to absorb your eye-rain and your mind-feelings, respectively. I’ll wait. 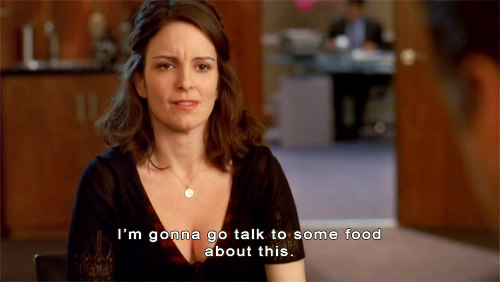 As always, you’re going to want to channel Lemon by the end of this post.

Frankie was born in 1867 in Wisconsin to good, honest, hard-working prairie people. Mommy was a country school teacher and Daddy was a music instructor/itinerant preacher/salesman/smalltime mafioso (one of those is not true, but he was sort of a jack of all trades). Kind, pure, milk-drinking Midwesterners, they were. I’m over-emphasizing this because Midwesternism was really the ideological and aesthetic center of Frankie’s architectural schtick and also the psychological center of his adultery schtick. We’ll get to that.

When Frank was 14, MommyWright had had enough of DaddyWright’s occupational instability and subsequently, his inability to keep the bratwurst and head cheese on the table, and HE GOT SERVED with divorce papers and probably a complimentary glass of milk.

Thus Frank set forth into young adulthood from a broken home, which totally sucks in an almost Greek-tragedy/O. Henry kinda way, because ~*gEt tHiS*~ he wanted to be an architect. He wanted to un-break homes professionally. This is deep shit. So Frank kissed his Ma and his two sisters bye-byes, boarded the next train for Chicago, got a job at a mid-level architectural firm, and started sending checks home.

Frankie was sort of a prodigy. And really, he was the worst kind of prodigy: that pompous, unbelieveably innovative kind that can’t tolerate the what the plebians are consuming because it lacks soul and truth, or whatever. <architectural boner time real quick> In this case, what the plebs loved was cutesy, gingerbready, machine-made gew-gaws and whosy-whatsits that you could order from a catalog and nail on your house, the central structure of which probably came from a pattern book (which was essentially a cookbook, but for houses instead of food). Frank. hated. this. shit. and wanted to design houses that were beautiful and true and born from their surroundings, not ordered from page 52 of this season’s JCrew catalog. </architectural boner time> So he skipped around a couple more firms, working as a draftsman, and eventually settled at the firm of Louis Sullivan, who invented the skyscraper. Cool. Modern. Closer to Frank’s jam. You get it.

Also, around this time he marries Kitty Lee Tobin, who is a JAF-level beautiful ginger whom Frank meets at church (he’s still a good Midwesterner, you know). Believe it or not, she’s also a bit of a snooze. Wants to have babies to pass off to an Irish nanny, embellish hats, maybe prune an indoor topiary or two. Your basic 1890s lady-activities. But she’s nice. Nice and bland.

Professionally, Frank’s also doing ehh, just okay. He and Louis pal around for a handful of years in the way a curmudgeonly-but-talented-and-once-#1 older guy and an ambitious wunderkind are wont to do, but towards the end of his apprenticeship, Frankie designs a bunch of houses in secret. Like, he just has to. He’s an artist. This job has been more challenging than the last few, but he’s like, not growing anymore, you know? So he leaves Louis and sets out to fucking turn the architectural world upside-fucking-down.

This is the second most important American architect of all time.

He opens his own practice, starts getting commissions, starts doin’ his prodigal thang. And at just the right time: Chicago’s upper crust are reeeeeally looking to separate themselves from the ever-growing population of Muggles that comes with life in a burgeoning industrial city. I mean, this is when and where The Jungle took place. People are falling into meat grinders. Babies are drowning in sewage puddles. City life is becoming real gross, real smelly, and real real.

So the wealthies are like, “DO WHATEVER YOU WANT WITH MY HOUSE AS LONG AS IT’S EXPENSIVE AND NOT UGLY AND NO ONE ELSE HAS IT.” Lucky for Frank, that’s essentially his business plan to begin with. Lucky for us, one of those wealthies, Edwin Cheney, was married to the latest in what’s quickly becoming a recurring ForShame! character type — a stunning, strong, smart, other-positive-adjectives-that-begin-with-S SLAMmotherfuckingPIECE named Mamah. Pronounced like MAY-muh (I don’t like it either).

Mamah Borthwick Cheney was beautiful, had serious conviction, and held two Master’s degrees. TWO. OF. THEM. Basically, she was the anti-Kitty Wright. Well, she did have two kids and tried to play housewife for a while (after she got learned), which was a Kitty kinda thing to do. But she also went to lots of women’s rights meetings in town and did other cool things like translate German texts and stuff.  She had intellectual and social and cultural interests outside of her house and family in a time when a lot of women really didn’t, is what I’m trying to say.

Another of her interests was Frank Lloyd Wright’s big ol’ dick.

Mamah’s made-up name was the only dumb thing about her. Aside from the family abandonment.

It was really the perfect storm. In 1903, Edwin Cheney commissions FLW to get architecturin’ on their Oak Park property. But Ed (who, it should be said, seems to have been a pretty good guy) had a traditional 9-to-5 and therefore couldn’t make a lot of let’s-look-at-blueprints-type meetings with Frank. Mamah fucking hated housewifery, had free time, and was more than capable of talking business (gasp). So Mamah and Frank spent a lot of time talking about abstract things like his philosophy and her feminism and real, phallic-shaped things like columns and beams. You see where this is going. Notably, though, both Real History and that novel suggest that they totally didn’t fuck until the house was finished.

Frank respected Mamah, with her feminism and her translationism, as his intellectual equal, and probably missed talking to her (and peeking down her shirtwaist, knowwhatimsayin) on the regular. So a couple years after the house is complete, Frank comes up with the idea to design the Cheneys a garage and also give Mamah neck massages until suddenly they make out and then woops everyone’s naked and then boom, adultery is official.

They manage to keep it a secret for a little while, but pretty soon the extremely bored housewives of Oak Park are gossiping/pearl-clutching/face-fanning at the thought of the douchey architect next door and the amoral feminist around the block boning each other. It becomes even bigger news when Edwin Cheney and Kitty Wright refuse to give their respective spouses a divorce, and Frank and Mamah (celeb name Framah) react BY GOING TO EUROPE TOGETHER INDEFINITELY.

He meets with Very Important Architects and gets a folio of his work published. She meets with authors and starts translating their work into English. They fuck in Paris. They fuck in Berlin. They fuck in Florence. They fuck allllllll over the EU. Eventually, Edwin (who, again, is a great dude considering) consents to the divorce, and Framah return after more than a year. Pearl-clutching is less vigorous. Kitty’s still pissed, though, and makes Frank’s personal and professional life in Chicago a nightmare.

So in 1911 Frank uses his mom’s money to purchase land in the Wisconsin countryside on which to build Taliesin, a home and studio and one of the definitive examples of American architecture. Also, Taliesin means “adulterous fuckpad” in Welsh (no it doesn’t) so it was the site of a LLLLOTT of boning, as it was meant to be Framah’s private retreat from the Oak Park Mean Girls (GUYS just realized Mean Girls takes place in Evanston, which is close to Oak Park. GUYS, Regina George is a Time Lord).

Anyway, it’s an architectural and personal triumph, since Frank thought the affair ruined his rep in America and the house was meant to be a giant, beautiful middle finger to all the nay-sayers. It was his most innovative structure yet and it was built solely for the purpose of continuing the affair that should have ruined his career. Oh Frank, you old so-and-so.

So Framah are fucking blissfully happy now, because they can be together and see their kids and she can keep being an intellectual goddess and he can keep being an architectural messiah and they can keep making out all the time and eating farm fresh Wisconsin eggs and just live a wonderful, quiet, happy, settled life.

Until, that is, MAMAH AND HER TWO KIDS ARE MURDERED WHILE TALIESIN BURNS TO THE GROUND.

I told you it was sad.

I mean, even if you weren’t on board with Framah because of the adultery and the child abandonment, and even if you didn’t care about their attempts to alter the American cultural landscape forever for all time, or that they eventually tried to do right by their respective families, you can still recognize that that shit is sad.

In 1914, Taliesin was almost-but-not-quite finished. Mamah and Frank were living there while construction was wrapping up. Mamah invited her kids to the loveshack for the first (AND LAST, SHIT) time. Frank had to go to Chicago one day to do a little work in his office. “Alright,” Mamah said, over a plate of organic, farm-to-table breakfast sausages made from jolly Wisconsin swine, “not like this is the last time we’ll ever see each another haha kiss kiss BUHBYE.”

Carlton burned that shit to the ground.

Then Julian Carlton, a Barbadian dude who was either a vengeful butler or member of the crew finishing construction on Taliesin, set the house ON FIRE, trapped Mamah, her son, and her daughter in the burning dining room, and murdered all three of them with an axe. Four more employees die. The novel wants you to think that this Carlton fellow just really hated adultery, but that’s dumb, and in reality, no one ever figured out the motive. Your heart hurts as you contemplate the purpose of justice in a world full of madmen.

Frank moves on. He rebuilds Taliesin, starts dating another socialite, Kitty gives him a divorce, he marries said socialite, keeps on building, cements his reputation as the most important American architect there ever was, and generally forgets about Mamah. You wonder if life is just a series of futile actions and useless associations that inevitably end in suffering and loss.

Through hot tears of rage, confusion, and despondency, you choke down a hunk of that cake I told you to have ready. It is salty from your weeping, but still cake. You have channeled Liz Lemon, as I said you would. “Blerg,” you say. “Blerg those fuckers.”