Imagine that you’re an early twentieth century aviator trying to fly around the world because no one else has yet and really, what else would you be doing, you’re a professional pilot? Now imagine that only one person is accompanying you on your long-ass flight, and that person is a fetching young specimen of whatever gender you’re attracted to (subtle political correctness is our forte at For Shame). You’ve got a lot of long, quiet days and nights to look down at the sleeping world below. So you start to chat a little bit. Have to pass the time somehow. And then you start to notice things about your companion: the way their leather aviator cap seems to glow in the setting sun, the way their goggles frame their doe eyes just perfectly, and how effortlessly lovely that long white scarf looks draped around their neck. And then BOOM, you’re in love. As soon as you touch down, you have someone gas up the biplane, find the nearest hotel, get a room, and get boning.

Before World War I, young English Bill emigrated to Australia. Where they sent the criminals. RED FLAG, people. Red fucking flag. In 1916, he first started flying planes for the Australian Army, and then remained in England following the war. He got married in 1919, then spent some time in India in the 20s doing important Royal Air Force shit.

Bill loved to fly, but he was tired of doing it for the man. He wanted to be free. He also wanted to make bank. And boop ba doo, a young Australian lady journalist named Jessie “Chubbie” Miller with stars in her eyes and gold falling from her pockets met Bill at a partay and offered to fund a flight from England to Australia. But only if she could come along, thus becoming the first woman to fly such a distance. So he thought, “Hey, I’m a hotass pilot, I can fly the shit out of any route you throw at me. You’re gonna pay me HOW MUCH?! Don’t mind if I fucking do. See you on the tarmac, bitch.”

Bill, Chubbie, and her horse mouth get ready to hit the skies.

You might be thinking that this seems like a bad fucking idea. And it probably was, but Chubbie (whose self-esteem must have been through the fucking roof with a nickname like that) was going through a bit of a time. She’d just separated from her husband and girlfriend needed some self-righteous-privileged-white-girl alone time. Alone time with a brawny-ass pilot. Alone time that would last for months. People bitch about the 22-hour US-Australia flight situation they have going on now, but imagine flying down there in a 1920s biplane that tops out at like 50 MPH. That’s probably inaccurate, but my point is that it was a long motherfucking flight.

Anyways, Bill’s wife agrees to this sketchy-ass adventure and he and Chubbs hit the skies. It took them five months to make the 14,000 mile flight. Five months of adverse weather conditions, weird plane repairs, constant flirting and intermittent boning. These two were probably the undisputed President and First Lady of the Mile High Club. And also they fell in love and blah blah blah.

After they touched down, Bill and Chubbie had to face reality – they were both still married, and although Chubbie’s hubby (HA) didn’t give a shit about their relationship, Bill’s wife was absolutely NOT having any of that divorce malarkey and moved to London with him to make shit work. But it didn’t, and Bill moved back to the USA with Chubbie.

You might think that this is the scandal portion of the post. BUT YOU’RE FUCKING WRONG. It gets so so so much scandalous-er. So sit the fuck down and be patient.

Did I mention that they became celebrities in the good ol’ United States? Well they did. I mean, Chubbie had the distinction of being the first woman to undertake such a long air journey, so she was basically the Oprah of her time. And like O, Chubbs felt that she was famous enough to massacre the American book charts. Instead of starting the world’s biggest (and dare I say most shit-tastic) book club, though, Chubbie just decided to hire a pretty young thang named Hayden Clarke to ghost-write her memoirs. Young Hayden headed on down to Miami where Bill and Chubbie were shacking up. But oops, the Depression happened and Bill had to don his favorite sombrero and head south of the 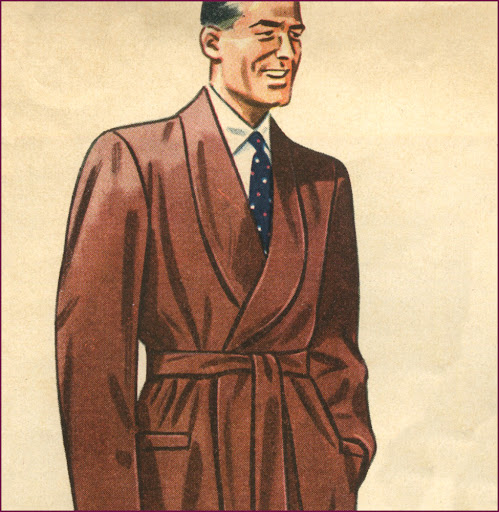 This is NOT Hayden Clarke. It IS a stock illustration of a 1930s gentleman and you can assume that HC looked exactly like him.

Their love was fucking real, and Hayden decided to ask Chubbie to marry him, she accepted, they were fucking thrilled with their attractiveness, you get it. Still in Mexico, Bill heard the news on Telemundo and hopped the first flight out of the country (which was his own flight because he was a pilot). He got to the Miami house and begged Chubbie to reconsider. And oh yeah, Hayden was still living there. So things got a little heated, and the three of them stayed in that house all night long.

And then Hayden was rushed to the hosp with some mayjah cranial damage as a result of close-range gunfire. Believe it or not, he didn’t make it. WHOOPSIES!

Police found two suicide notes, one to Chubbie and one to Bill, at the house. And hey, turns out Bill wrote those. He was the most likely suspect and was arrested. There was talk of the electric chair and everything. The evidence was overwhelming. But you heard it here first: Bill Lancaster was a charming motherfucker. AND HE WAS FUCKING ACQUITTED! He convinced the jury that Hayden was a crazy drug addict bigamist menace II society. He BROUGHT IN THE GUY’S DECAYING HEAD to demonstrate that the wounds were self inflicted. He even got Chubbie to testify AGAINST Hayden. What the fucking fuck?! That’s some crazy Harry Potter/True Blood mind control shit right there.

THEN CHUBBIE TOOK HIM BACK! And they went to England in 1933, where he decided he needed to attempt one more virtually impossible flight, this time from London to Cape

This is what Bill didn't have when he was stuck in Sub-Saharan Africa. Too soon?

Town. He wanted to beat the four-day, six-hour record. He told his family that it would be his last attempt at a cray-cray flight and that he didn’t want to come home a failure. And don’t worry guys, he didn’t. Because he was lost in Sub-Saharan Africa, a place called the ‘Land of Thirst.’ He managed to survive for eight days after he crash-landed, which is pretty good considering ‘scientists’ say that the body needs at least two gallons of water a day to survive that shit. And to give you an idea as to how isolated he was, his inexplicably-mummified body (creepy), the wreckage of his plane, and his logbook weren’t found until 19fucking62 by a group of bored French dudes.

The last entry in his logbook: “So the beginning of the eighth day has dawned. It is still cool. I have no water….I am waiting patiently. Come soon please. Fever wracked me last night. Hope you get my full log. Bill.”

Which is sad. I know. I get it. But I can’t help but think that had he not MURDERED SOMEONE because he was jealous of his still-technically-married lover’s lover despite the fact that he was also still married, this shit might not have happened. Although I guess since he was found not guilty of the murder everything’s still up in the air. GET IT?! Because a plane is also up in the air.

Anyway, it’s as simple as this: Bill and Chubbie met and fell in love, and their relationship  really took off. Bill just couldn’t keep his joystick under control. They hit a little scandalous, possibly murderous turbulence.